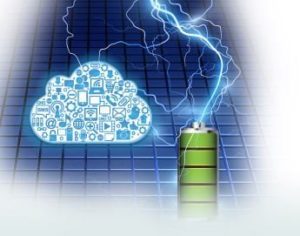 Battery life has been one of the main selling point the mobile/infotainment market for some time now. Especially with the advent of Smartphone/tablets & the processing power these devices possess, the time to charge & time to empty parameters of the battery has become very critical.

Due to the huge market demands, there have been significant technology improvements on reducing the power consumption of the chipsets used in Smartphone devices. Also, there are multiple Andriod / iOS applications which can increase the battery life by performing activities such as memory cleanup, stopping background applications / process.

The major difference between a Smartphone/tablet & a IOT device is the required processing power. An IOT device requires less processing power since these devices perform specific tasks. One of the generic example for an IOT device functionality is reading data from few sensors &controlling the motors/relays along with sending the data to Cloud for analysis. This functionality can be achieved by using a microcontroller itself, thus reducing the power requirement significantly.

On the flip side, IOT devices are expected to have long battery life ranging from few weeks to couple of years. The main reason for this requirement is the difficulty in charging/replacing the battery of an IOT device. Usually, IOT devices will be mounted in a particular location & running power cables/having frequent accessibility to recharge the device battery will be cumbersome. Also due to smaller form factor, most of the IOT devices will not be able to accommodate batteries with capacity similar to Smartphone batteries.

Due to these constraints, power management schemes has to be carefully designed with an eye for every minor details. Reducing the total system current consumption by couple of mA, can potentially increase the battery life by couple of days.

One of the major contributing factor in power consumption in the IOT device will be wireless chipset. The selection of the wireless technology used in the device is an important step in the IOT device design. End use case, data bandwidth requirement needs to be carefully analyzed before finalizing the Wireless technology to be used. Usage of BLE, Zigbee in place of Conventional BT solutions can greatly increase the battery life. But using these low power wireless solution is not viable in all IOT designs. Designers may need to go for WiFi, GSM etc depending on the requirement.

The overall power consumption can be reduced by tweaking the wireless usage. For example, the IOT device can send the data to cloud in a burst once in an hour rather than sending patches of data intermittently. With this approach, wireless chip can be powered off or be in low power mode, most of the device operation time.

From the hardware perspective, having a high efficiency antenna can go a long way in achieving better battery life. If the antenna efficiency is low, then most of the wireless transmit power will be dissipated in the antenna itself, thus reducing the actual transmit power. The RF trace & its impedance mismatch can also cause loss of RF power. Thus having a impedance matching network & optimizing the same, is critical in reducing the wastage. Even though the FCC/CE certification standard indirectly limits the allowed RF trace & Antenna losses, having a better trace & antenna can contribute further in power management.

In addition to wireless chipset power management, generic power management techniques such as interrupt based modular design, putting device into sleep when not active, varying the system clock as per the load requirement can go a long way in achieving the required battery life.